The Parbatya Chattagram Jana Samhati Samiti (Bengali: পার্বত্য চট্টগ্রাম জনসংহতি সমিতি; United People’s Party of the Chittagong Hill Tracts; abbreviated PCJSS) is a political party formed to represent the people and indigenous tribes of the Chittagong Hill Tractsin Bangladesh. Since its inception in 1972, the PCJSS has fought for autonomy and the recognition of the ethnic identity and rights of the indigenous tribes of the Hill Tracts. Its military arm, the Shanti Bahini was used to fight government forces and Bengali settlers in the Hill Tracts. A peace accord was signed in 1997 led to the disarmament of the Shanti Bahini and enabled the PCJSS to return to mainstream politics.[1][2][3][4][5]

The roots of the PCJSS can be traced to the Hill Tracts Students’ Association and the Parbatya Chattagram Upajatiya Kalyan Samiti(United People’s Welfare and Development Party of the Chittagong Hill Tracts) that were organised in the 1960s in what was then-East Pakistan.[6] The organisations agitated on behalf of the 100,000 native peoples displaced by the construction of the Kaptai Dam, seeking rehabilitation and compensation.[6] After the creation of Bangladesh in 1971, representatives of the Chittagong Hill Tracts such as the Chakmapoliticians Charu Bikash Chakma and Manabendra Narayan Larma sought autonomy and recognition of the rights of the peoples of the region.[6] Larma and others protested the draft of the Constitution of Bangladesh, although the Constitution recognised the ethnic identity but Larma and others wanted full sovereignty and separation from Bangladesh.[7][8] The government policy of recognised only the Bengali culture and the Bengali language and designating all citizens of Bangladesh as Bengalis. In talks with Hill Tracts delegation led by Manabendra Narayan Larma, the country’s founding leader Sheikh Mujibur Rahman insisted that the ethnic groups of the Hill Tracts adopt the Bengali identity.[7][8] Sheikh Mujib is also reported to have threatened to forcibly settle Bengalis in the Hill Tracts to reduce the native peoples into a minority.[8][9]

On 24 April 1972 Manabendra Narayan Larma presented a four-point manifesto[6] to the constitution drafting committee, which sought:[6]

Dissatisfaction and anger due to government opposition to their demands led the PCJSS to organise the Shanti Bahini (Peace forces) as military force to launch an armed struggle to win autonomy and secure the rights of the people of the Hill Tracts.[3][8][10] Many insurgents are believed to have trained, equipped and sheltered in the neighbouring Indian state of Tripura.[11] During the insurgency, the PCJSS strongly opposed the government-driven settlement of Bengalis in the Hill Tracts as a ploy to marginalise the tribes in their home region. The PCJSS also rejected the Chittagong Hill Tracts Development Board and other government plans for local councils.[4] After an insurgency that lasted for almost two decades, the PCJSS entered into peace talks with the government after the restoration of democracy in 1991. However, little progress was made with the government of prime minister Khaleda Zia and her Bangladesh Nationalist Party.[6] Fresh rounds of talks began in 1996 with the newly elected prime minister Sheikh Hasina Wajed of the Awami League, the daughter of Sheikh Mujib.[6] The peace accord was finalised and formally signed on 2 December 1997.[5] The peace accord provided for greater autonomy, the return of land to displaced tribals and special status for the ethnic groups and tribes. The accord also created a central ministry of tribal affairs and an elected regional council that would be empowered to govern the Hill Tracts and oversee local tribal councils. The accord also granted official recognition of the ethnic groups and tribes.

After the treaty was signed, Shanti Bahini insurgents formally laid down their arms and more than 50,000 displaced tribals were able to return to their homes. The PCJSS emerged as a mainstream political party.[6]

Since the peace accord, the PCJSS has emerged as a mainstream political party and is currently headed by Jyotirindra Bodhipriya Larma, the younger brother of Manabendra Narayan Larma, who is also the chairman of the CHT regional council.[12] The PCJSS has continued to agitate for the full and proper implementation of the peace accord and has alleged lack of government action and intimidation from security forces.[3][12] The PCJSS has protested the rise of Islamism and Islamic terrorism in the region from groups based in Bangladesh and neighbouring Burma.[12] 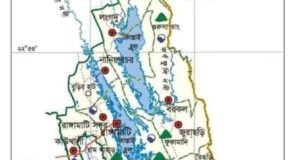 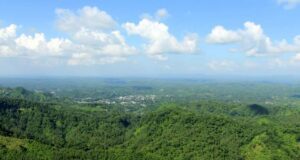 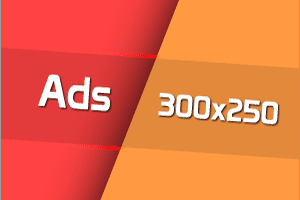 (Application for registration in the Ministry of Information)